Crosstown Chameleons are a Rock orientated band hailing from Miami, FL. Their latest album ‘Plato’s Stepchildren’ was released in May 2018 and is a stunning collection of work. Comprised of Bill Scherer – Vocals, Will Montgomery – Drums, Rob Kayes – Acoustic Guitar and Gabe Stivala – Electric Guitar, the band have produced an album catchy in nature, filled with depth, warmth and interest. 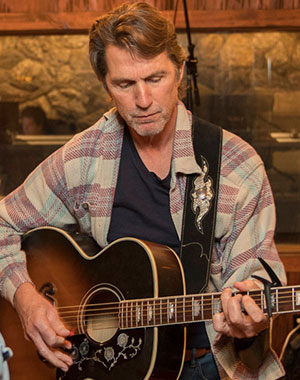 ROB KAYES
Rob plays plays guitar and writes songs. That’s what he does. 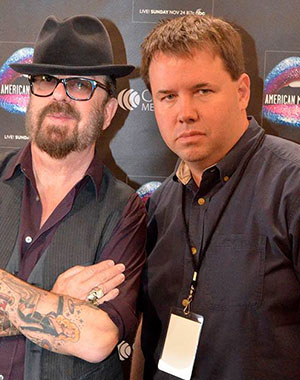 WILL MONTGOMERY
Will beats on things. Usually drums. 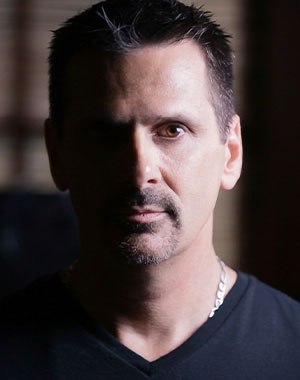 BILL SCHERER
Dude can sing, write, play guitar and bass. And write a mean law brief. All at the same time. 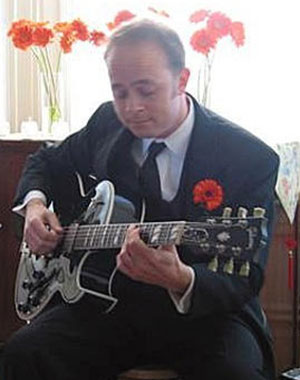 GABE STIVALA
Gabe is originally from Little Falls, NY and moved to Miami in and performed in jazz, funk, and pop bands in the Miami scene. By day, Gabe saves the planet through his work as a registered Professional Geologist.

Hailing from Miami, Florida, Crosstown Chameleons channel their unique passion for classic rock and roll music, as well as great 90s vibes and many other influences.

One of the most intriguing things about the band’s creative approach is actually the fact that this group consists of 4 songwriters. Typically, a band would have one or two main songwriters, with the other members chipping in with their take on a song or contributing to a couple of parts. In this particular case, however, the songwriting partnership is really open, and each member has got ample room to explore creativity and bring something new and fresh to the band.

Having 4 songwriters means more “brain power” to the creative collective of the band as an entity, and more importantly, it allows a huge variety of amazing influences to creep in.

The band has maintained their relationship with world-renown Miami artist/activist Xavier Cortada and he has supplied the cover art for their 2nd album.

Recently, the band released a brand new studio album titled “Plato’s Stepchildren.” This release actually features 12 songs, including a live recording of the song “Mirage”, serving as an epic curtain closer for this release, and showing off the amazing chemistry that these guys share when up on a stage! The opening track of this album is equally as powerful: “Summer” has a warm and edgy vibe, and it really highlights the band’s ability to ooze energy, while retaining a back-to-basics feel. All the best rock music has a “less is more” attitude for me, with no unnecessary frills, just the substance you need. This is definitely what makes this album special. Songs such as “Leather”, “Back To Life” or “Burning Up” are just amazing examples of how this record is fueled by passionate, great songwriting that ticks all the right boxes. This release is not trying to impress the audience with useless gimmicks, but rather share energy and tell stories in a very authentic, almost cathartic way at times.

This is definitely a must for all fans of great bona fide rock music, and lovers of classic bands like Led Zeppelin, Jimi Hendrix or Pink Floyd. 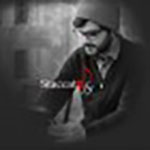 “Sophisticated twist on sounds inspired from the inspiration of England in the seventies and California during the surfer band pinnacle.” 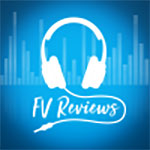 “Bill Scherer’s lead vocals are simply stunning and shine through.” 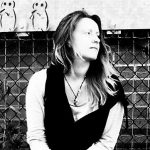 “Summer has a vivid texture, beautiful harmonies and will have you reaching for the repeat button.”

Castles Made of Sand

Check out Gabe perform an acoustic version of Castles Made of Sand in Rob’s backyard.
Those are birds, not monkeys in the background.

How Did This All Start?